We are committed to the development of renewable energy across Northern Ireland.

We’re family owned and operated, and pride ourselves on being a local ‘indigenous’ Northern Ireland company.

We run lean, keep our overheads to a minimum, and are ‘hands on’ at every level. We don’t have fancy plush city centre offices—our office is on a working farm near Ballymena.

We’re not tied up with bureaucracy, and thankfully don’t have to run every decision through for ‘board approval’.

We’re able to make quick decisions on what needs to be done to get your site up and running as soon as possible.

We are all about getting your site up and running and generating revenue as fast as possible.

Our Future Partnership with You

We are looking to build more relationships with landowners like you. We are entirely focused on making the theory of a wind development on your site a reality.

Our flexible approach within this fast growing industry means we’re the right choice of partner to help you achieve your goals.

If you’re seeking to harness the clean, abundant, sustainable and economically competitive power that the wind can provide, our team’s substantial background in wind energy technology and implementation means that Advent Wind is able to offer an unrivalled level of capability to get things happening for you, fast.

Find out more about how we can help you maximise your potential from wind. Get in touch when you’re ready to speak with us. 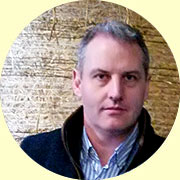 We are a Northern Ireland company. Director Neal Doherty and his family have been in Farming and Business in the Ballymena area for over 100 years.

“The earliest record of cattle trade was my great grand father John Doherty, in 1891 from the ledger of Ballylough House, Bushmills.

He and his son John built up a business supplying grazing cattle imported from Republic of Ireland to farmers and Estates throughout Northern Ireland, Scotland and Northern England – York, Harrogate and Skipton — and also imported breeding cattle from Scotland. My father Neal was the first to import South Devon cattle into Ireland.

These would of been bought to order or sold in Ballymena Fair Hill (shown above). His Grandsons—my father and uncles—along with Robert Gray founded Doherty and Gray, Ireland’s oldest family owned meat wholesalers.

This was natural progression, as the grazing cattle which were supplied were bought back again for slaughter. The brothers decided to separate the business in the 80’s with Neal and Dan pursuing the livestock end, where they act as agents for factories and the supply of store cattle to beef finishers.

Despite having been involved in another business (which I sold in ’07) and since then focusing on helping farmers develop wind energy on their land, I remain very close to farming and the cattle trade.”